“Our Global Peace Parks aim to nurture the growth of peace and understanding at home and throughout the world, creating a common ground for members of the community to come together in celebration of their nation’s people, land, and heritage”, Gail Parsonage, President of IIPT Australia said.

“We welcome Rainforestation to this prestigious network, particularly in recognition of the work they have done by fostering indigenous tourism and employment in the region”, she said. 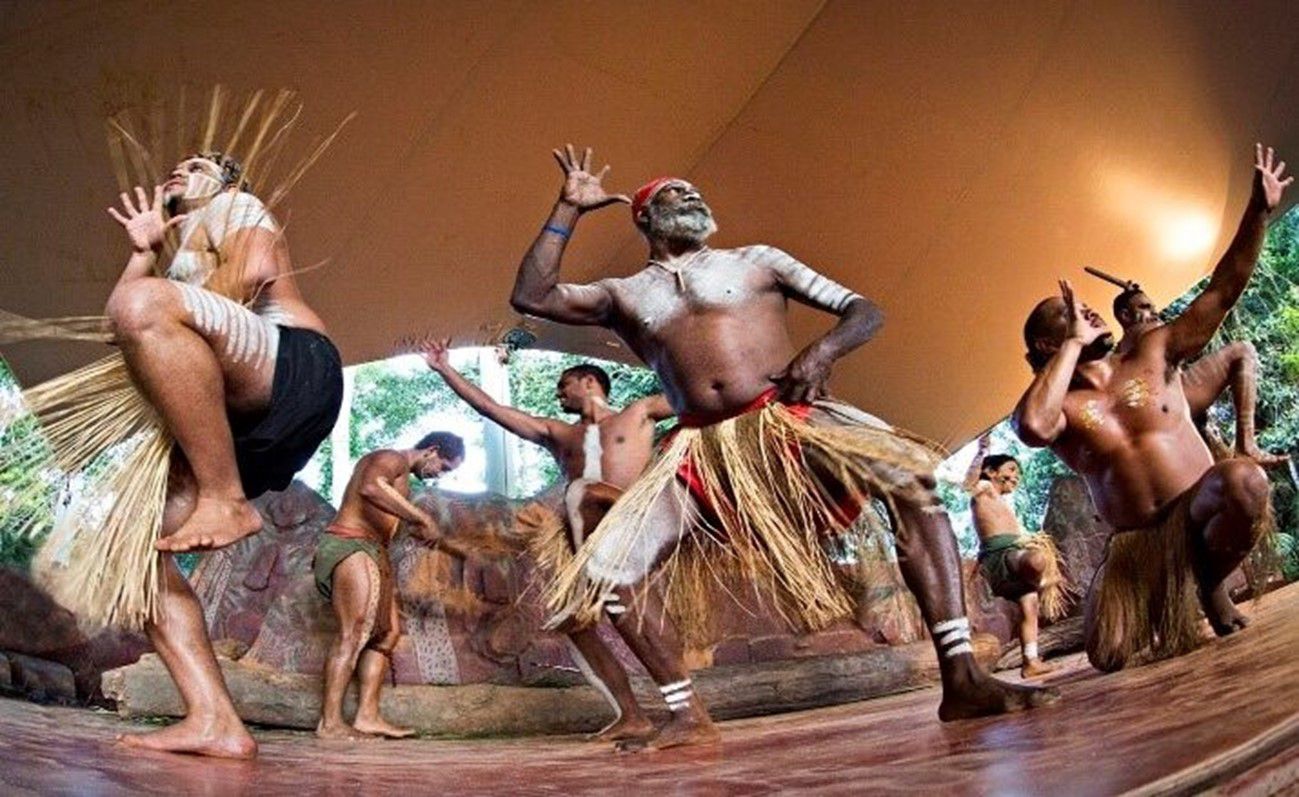 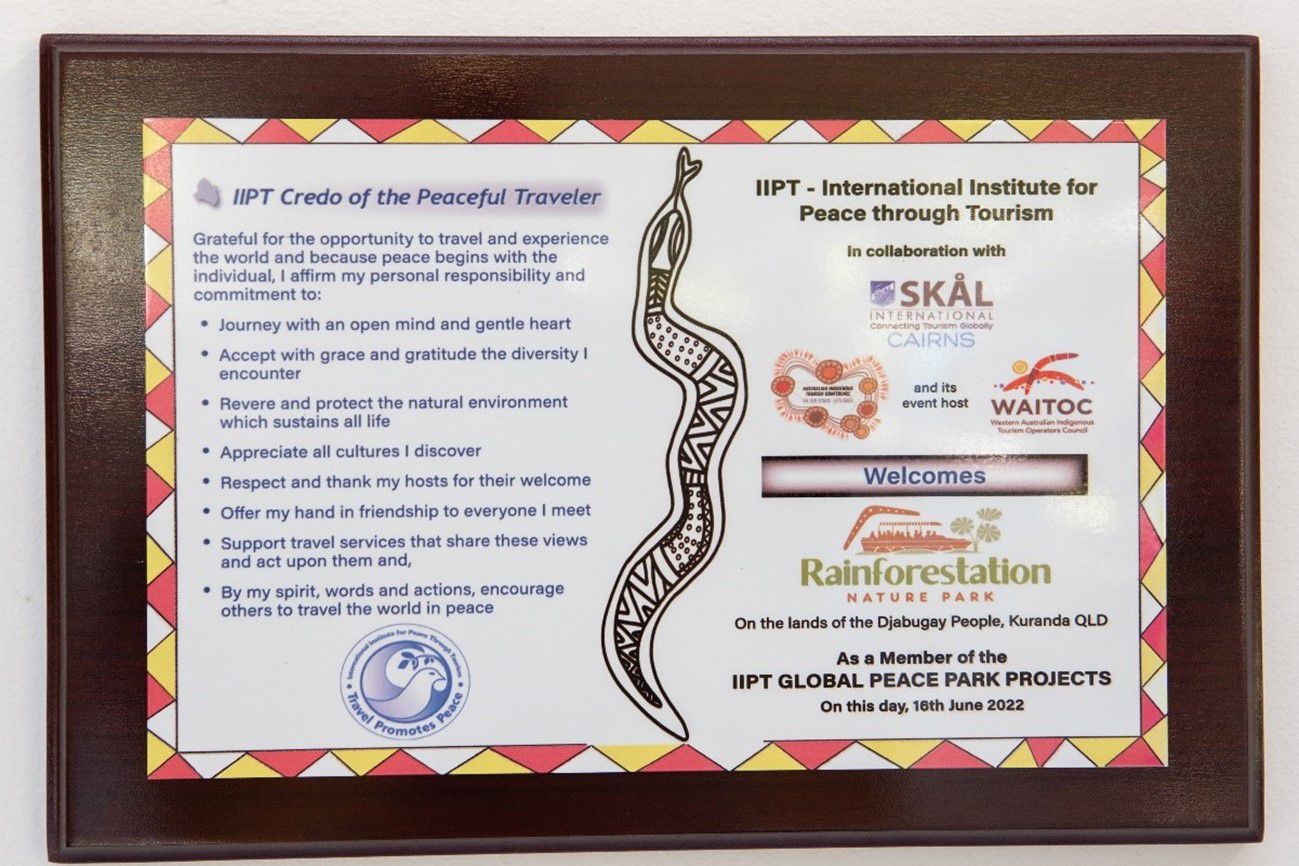 Western Australia Indigenous Tourism Operators Council (WAITOC) CEO Rob Taylor, which hosted the Australian Indigenous Tourism Conference, said they intended to build an ongoing partnership to establish more Peace Parks at the future host locations. “We see this as a legacy project that we hope to implement with more indigenous tourism partners in the host locations of our annual conference”, he said.

CaPTA Group Director Michael Woodward said it was an honour for the park to be recognised and included in the IIPT Peace Park Projects. “Pioneered by my parents Charles and Pip Woodward, Rainforestation first introduced an Aboriginal cultural experience in 1987 with boomerang throwing, and then expanded this further with the Pamagirri Aboriginal Experience in 1993. My late father, Charles, would have been very proud to see the park join a Global Network of Peace Parks as his ongoing goal was to foster reconciliation and harmony amongst all people”, he said.

Skål International Australia President Ivana Patalano said the tourism networking organisation was pleased to once again be a partner of this initiative. “Skål International has supported the establishment of several other Peace Parks around the country, including Q Station in Sydney and also in Hobart, so we’re very pleased to now have one here in Tropical North Queensland”, she said. 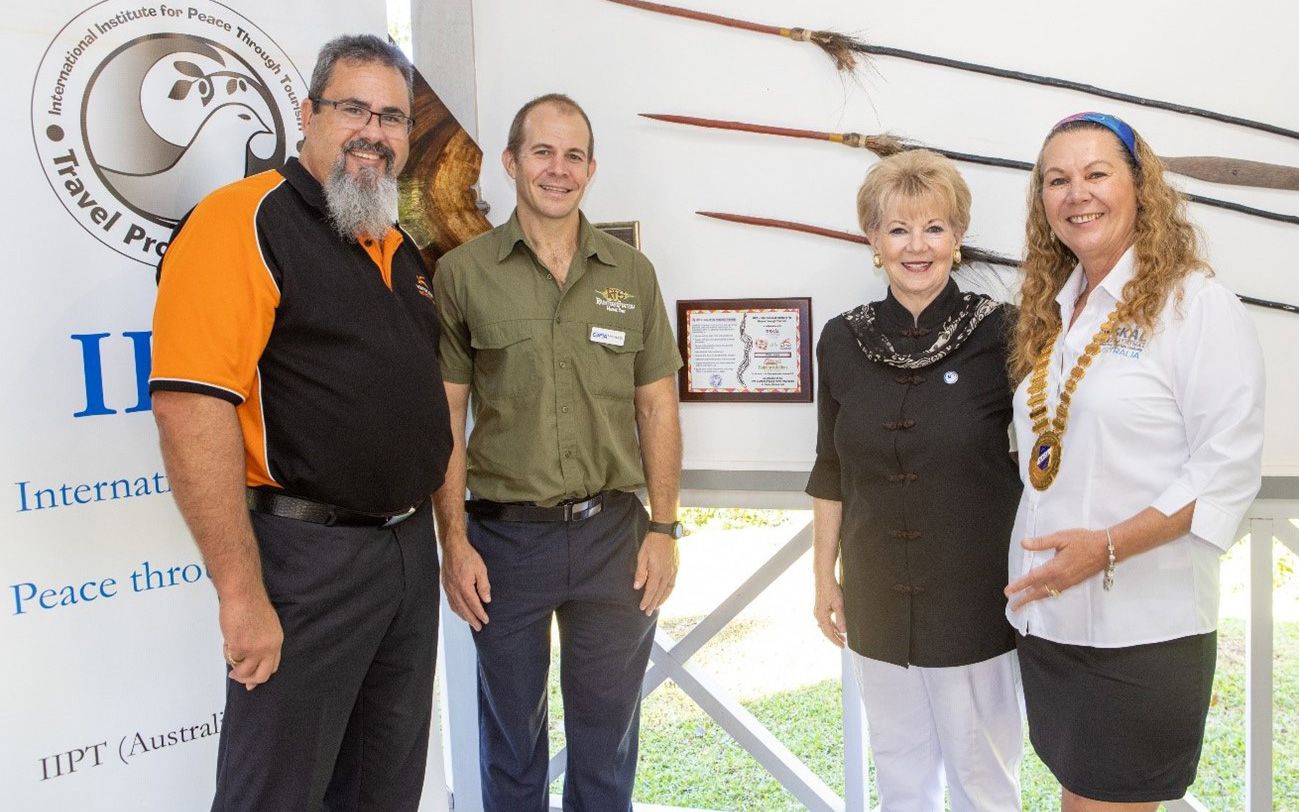 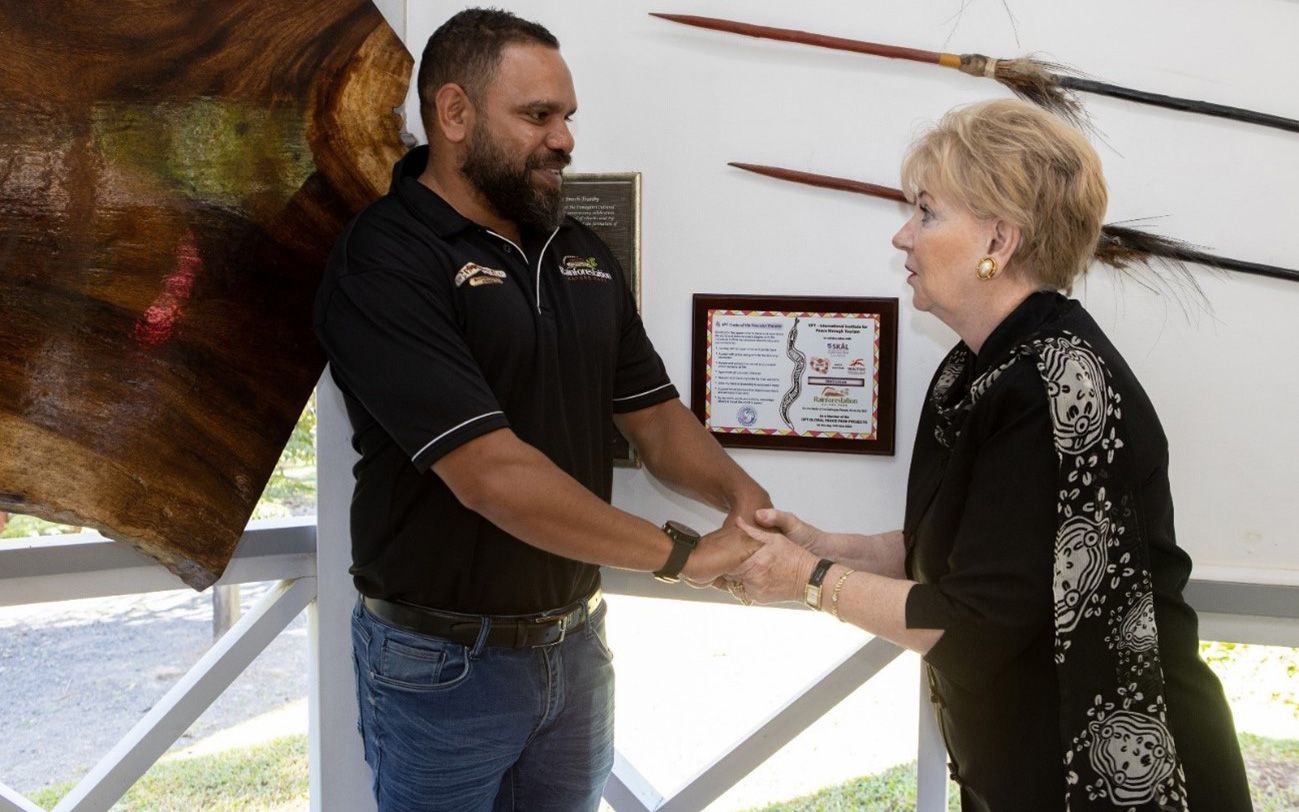